Rob Paddock grew up in rural Nova Scotia near the Stanfield Airport. He now lives in Cole Harbour with Pam, his wife of 16 years, and their son Andrew. Rob began studying piano at the age of 6 at the Royal Conservatory of Music in Halifax. At the age of 12, he began playing the organ at the Anglican Parish of Lantz. He studied music at Dalhousie University and has taken Organ Lessons from James Burchill. Rob has been the Organist and Choir Director for Mulgrave Park Baptist, Church of the Holy Spirit Anglican, St. Paul’s Anglican, Steven Roads Baptist and most recently Port Wallis United Church. He has been the substitute organist at the Cathedral of All Saints and Bedford Baptist. Rob also taught piano and music theory at the Canadian Conservatory of Music for ten years.

Rob is a graduate from Maritime Forest Ranger School in Fredericton NB and Atlantic Police Academy in Summerside, PEI. He has worked for the Provincial Government for the last 15 years - 12 years as a Conservation Officer and the last three years as an Occupational Health and Safety Officer. Rob is currently enrolled as a part-time student at Atlantic School of Theology in the Graduate Certificate in Theological Studies program and intends to complete the program this year. Rob is an arborist, a Dive Master in SCUBA, enjoys motorcycling and the outdoors. 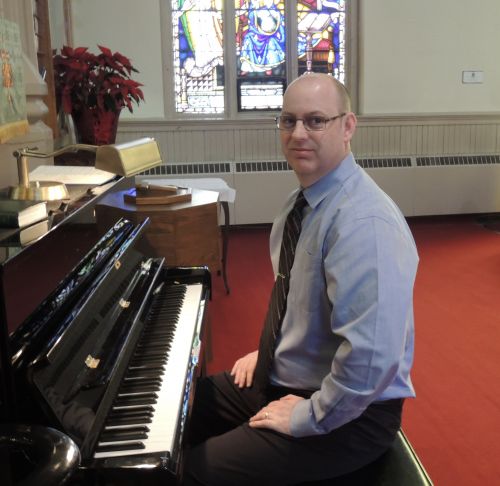