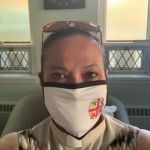 Our Rector The Rev'd Nichola (Nic) Cumine joined us in July 2019, after being ordained as an Anglican Priest with the Diocese of NS & PEI (May 30th, 2019). Rev. Nichola is often referred to as a "pioneering priest" in the diocese. She is a progressive woman who loves mission and ecumenism, and she is a member of the Connectors Two Cohort. Rev. Nichola is an advocate for social justice, and her favourite stole reads: "Love God with all your heart, mind, body & soul" on one side and,  "Love your neighbours: No exceptions" on the other. She would love if you say "hi" when you see her out and about in our neighbourhood.

The Rev'd. Nichola is the founder of the WWP (Worship with Pride) Community, which she began in 2021. It was a childhood dream to have worship that celebrated the love of everyone. WWP seeks to be a safe and inclusive faith community for people of all gender identities, sexual orientations, marital status, family configuration, abilities, ages, races, ethnicities, faiths, and socio-economic circumstances, who will be encouraged to participate fully in all aspects of the life and work of our ministry, thereby enriching us all. 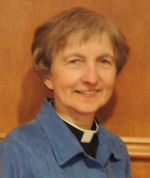 Rev. Vivien is our Priest Assistant and was our Priest in Charge (2018-2019) at St. Mark's. She came to St. Mark's in September 2012 while completing her studies towards a Master of Divinity degree from Atlantic School of Theology and was ordained as Priest in December 2013. She served as Priest Assistant at St. Mark's before becoming Priest in Charge after the retirement of the former Rector. She has worked as geologist, and later as academic computing services specialist in a university environment. Previously educated in her home province of Quebec and at Queen's University, she moved to Nova Scotia in the 1970s, and lived for several years in Halifax's North End, just a few blocks from St. Mark's. She feels incredibly happy and blessed to be among the St. Mark's community.

Things have a way of coming full circle and this is certainly true with Fr. Jim – his childhood church was St. Mark’s and now he is with us again as Honorary Assistant. As a young person at the church, he was a server and later ordained priest at St. Mark’s on the Feast of St. Peter and St. Paul, June 29, 1965. Fr. Jim received all his education in Halifax: first in local schools and then at Dalhousie University for his BA and later he was awarded a Master of Sacred Letters from King’s College. All of Fr. Jim’s ordained ministry has been in Nova Scotia, with his longest parish being in New Germany. In 2000, Fr. Jim retired and returned to his church home where he has provided steadfast and compassionate service, not only to St. Mark’s but to other near-by parishes who need his help on a temporary basis. 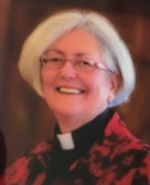 Rev’d Dianne joined the ministry team at St Mark’s in 2019 and serves in the Parish Sacramental and Pastoral ministries. She was well acquainted with the Parish, having been their Regional Dean and Archdeacon. She was born a “Cradle Anglican” in the Parish of St Barnabas, Ecum Secum and has served for over 54 years in lay and ordained ministry in the Diocese of NS and PEI. She is a graduate of The Nova Scotia Teacher’s College, Acadia University and the Atlantic School of Theology.Rev’d Dianne continues to be active in the Diocesan Mentoring Program, and in the wider community serving on a provincial advocacy board ( CARP NS); Chaplain to the Halifax L’Arche Community, volunteer at Ward 5 Neighbourhood Centre. Rev’d Dianne has a passion for sharing the Gospel, in the rhythm of daily life. 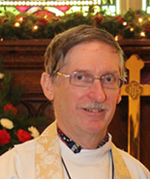 Fr. Morrell who retired and left us in 2018, began his ministry at St. Mark’s in March of 2011 after coming from the Middle East and Grenada. He received his theological training at Kenyon College, Ohio, and continued at McGill University and The Montreal Diocesan Theological College. He was ordained priest at St. Peter’s Church in Sherbrooke in 1992 in the Diocese of Quebec. Before leaving for Qatar, Fr. Morrell was working in the Diocese of Montreal. From 1983 – 1988, John was Program Director in this diocese with a strong focus on Youth Ministry. Fr. Morrell continued the outreach mission of St. Mark’s and developed ties with other churches in the area and organized memorable celebrations: of St Mark's 150th anniversary in 2016, and the Halifax Explosion in 2017. In August 2018 he retired from his service here, with good wishes and a wonderful farewell. 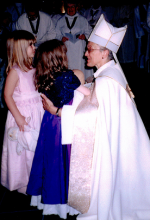 Retired Diocesan Bishop Sue Moxley previously served as Rector of St. Mark's. She writes, “My first Sunday at St. Mark’s, I looked out and saw NO children, although the Parish profile had said there were some, that had been hopeful thinking! Over the next few years, the St. Mark’s Community had a population explosion! The Sunday School, the Servers’ Guild and the Children’s Choir all grew, much to the delight of the congregation. It was wonderful to have some of those children at my consecration as Bishop and I have a lovely photo of two of them with me that night.”