Guest Musicians are Invited to lead Us in Song

It's Summer and we are back!

We are currently inviting guest musicians to play at our services.

If you would be interested in playing at one of our services please contact Rev. Vivien at:(902)454-0207 or stmarkshfx@gmail.com 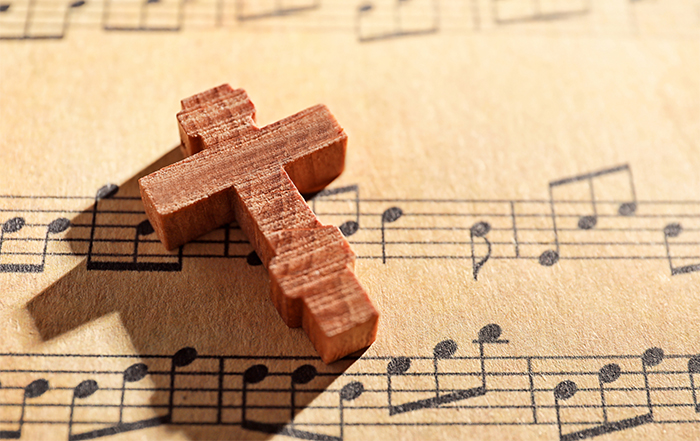 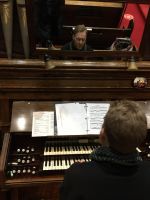 Formerly of the North End, Max now lives in Dartmouth, and enjoys basketball, Bach and struggling back up the hill from the MacDonald Bridge bikepath.  He has lived in New York, Pennsylvania, Rhode Island, Massachusetts, Ohio, Manitoba, British Columbia and Quebec, and now calls Nova Scotia home.  He plays piano and clavichord (please don't ask him what a clavichord is unless you really want to know, because he is not good at small talk and will actually tell you, and then it's awkward when he realises that your eyes are glazing over), and teaches music.  This [was] his first posting as a church organist.

St. Mark's is Robert (Rob) Paddock''s "home church," he was also our oraganist up until late 2019. Rob is a postulant enrolled as a part-time student at Atlantic School of Theology (AST), and he is working towards a Master in Divinty (M.Div.). Rob is currently placed at the Parish of Fall River as part of his program at AST.

Rob grew up in rural Nova Scotia near the Stanfield Airport. He now lives in Cole Harbour with Pam, his wife of 16 years, and their son Andrew. Rob began studying piano at the age of 6 at the Royal Conservatory of Music in Halifax. At the age of 12, he began playing the organ at the Anglican Parish of Lantz. He studied music at Dalhousie University and has taken Organ Lessons from James Burchill. Rob has been the Organist and Choir Director for Mulgrave Park Baptist, Church of the Holy Spirit Anglican, St. Paul’s Anglican, Steven Roads Baptist and most recently Port Wallis United Church. He has been the substitute organist at the Cathedral of All Saints and Bedford Baptist. Rob also taught piano and music theory at the Canadian Conservatory of Music for ten years.Rob is a graduate from Maritime Forest Ranger School in Fredericton NB and Atlantic Police Academy in Summerside, PEI. He has worked for the Provincial Government for the last 15 years - 12 years as a Conservation Officer and the last three years as an Occupational Health and Safety Officer. Rob is an arborist, a Dive Master in SCUBA, enjoys motorcycling and the outdoors. 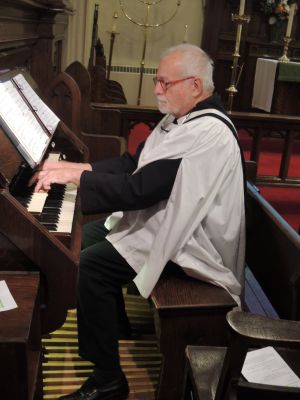